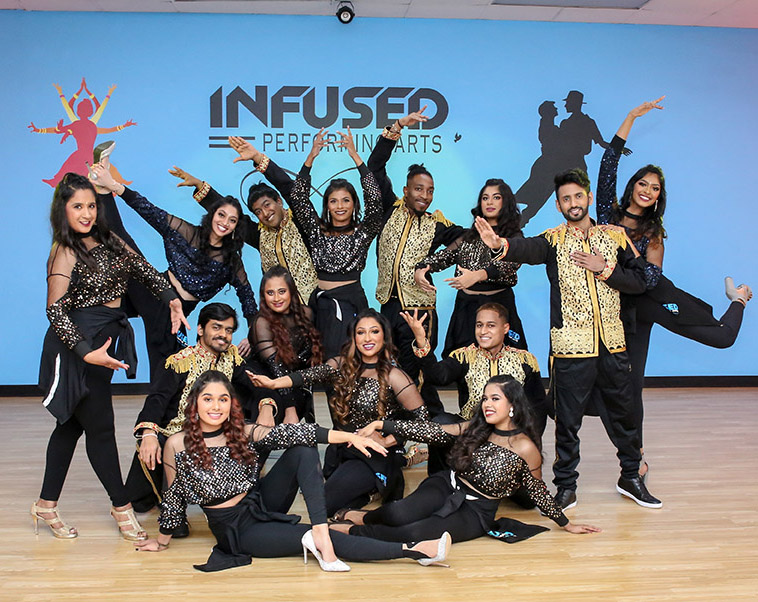 Read more about the directors >

INFUSED PERFORMING ARTS, founded in 2010, is an award-winning dance company that infuses a unique perspective of traditional Indian movement and contemporary innovations. Founded in 2010, by husband and wife duo, Tina Bose & Kiron Kumar, the company has redefined Bollywood by blending magical illusions and delicate Indian art forms into musical productions. As a pioneer in this field, INFUSED has received international acclaim and media attention from CNN, ABC, FOX, & TV Asia—and is the first Indian dance company to do so on such a large scale. INFUSED was invited to perform as the Bollywood Finale, for honorary Indian PM Narendra Modi & President Donald Trump’s worldwide televised gathering, ‘Howdy Modi’ in 2019, INFUSED likewise has made its presence known in US by performing at NBA Halftime performances for the past eight years, and working on music videos and sold-out concerts with Bollywood titans: Katrina Kaif, Govinda, Preity Zinta, & Sidarth Malhotra.

Ever striving to do and be more, INFUSED Performing Arts established a dance school early in its existence. The institution prioritizes giving its students a well-rounded education in Indian and American culture through dance. From client performances to competitions, students are given platforms to perform at a professional caliber. Mirroring the professional company’s successes, INFUSED students have placed first at ‘Indian Icon’ (2018), ‘Jalwa’ (2019), ‘SEWA’ (2020), & ‘RIICAS’ (2020) dance competitions.

As a dance company and school, it remains dedicated to this mission, redefining the brilliance & vibrance of Bollywood dance, all the while influencing others around the world to do the same. 10 years later, Infused Performing Arts teaches classes all over Houston (Stafford, Sugar Land, Missouri City, Katy & Pearland) & in Dallas (Garland, Carrolton, Irving, & Farmers Branch).